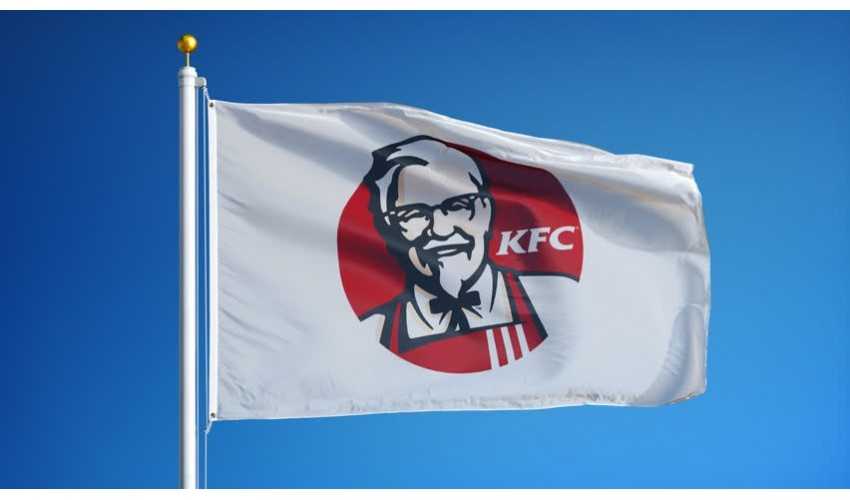 Since the dawn of mankind, communication has always been a barrier to the different cultures or nations that came into contact with one another. This quandary was attempted to be solved by many in a lot of different ways and soon there were more than a few met...

Since the dawn of mankind, communication has always been a barrier to the different cultures or nations that came into contact with one another. This quandary was attempted to be solved by many in a lot of different ways and soon there were more than a few methods of breaching this gap. One of it was the use of flags, whether to establish an identity or to use in wartime or diplomacy, this method was soon realized to be extremely effective, due to its visual appeal on what it represented. We all know that a plain white flag can serve as a banner of truce or surrender, but adding a depiction of one’s idea of brand or logo to it can create an impact that’s worth mentioning, for in a world where communication clearly put its stamp on the importance of its influence, we tend to think more of devices like cellphones or the media and all other sorts of advertisement and connecting capabilities or methods, so sometimes we may forget the effect a physical visual aspect can have.

Not taking away the fact that technology makes everything a little easier and that there is fewer ways of spreading any awareness further or faster, but looking at the simplicity of a Flag, we can  surely state that sometimes using a method that dates back far longer than our current technology age, can have the same or even more catching effect on attracting attention, and what goes better together than a Gazebo with a lot of banners on the side, while illustrating one or, most preferably, many Flags, all exhibiting the same Company Brand or Logo?

Like with our distribution methods, we very much rely on this visual aspect, focusing on an effect that will have a luring yet lasting result, but by using this, much allotting manner, it’s probably fair to say we create a form of connecting to the onlooker on all the needed bases, whether it creates a visual impact subconsciously or whether it starts forming a mental association with the Brand or Logo that these fixtures and decorative ways can portray.

So how does this happen then?

Like with Flags, the most popular use of this most often rectangular or quadrilateral piece of fabric has always been to symbolize, signal or communicate. From ancient times, all over the world it is known that various cultures used this as an effective method of breaching the connection gap between bearer and onlooker, sometimes as a means of above mentioned purposes or sometimes using it as an exclamation of distinction or in some cases as a rallying device. Like when used in seafaring, where it was and still is particularly important and can mean the difference between life and death.

So, how can a flag then have a part in determining this?

A national flag that’s flown at sea is known as an “ensign”, but with considerate and compliant merchant ships, a courtesy flag of the ships destination will sometimes be flown along with it on the mast, therefore showing both the ships nationality and the representing flag of the place where the ship is headed. There is even a system of international maritime flags, for numerals and letters of the alphabet and each flag will have a specific meaning when flown individually.  Captains and admirals have relied on this method to communicate or give orders to other ships, by using different colored and formed ones as well and therefore relying on its visibility.

This brings us closer to why sporting your company brand or logo on one Flag or many, can be an extremely effective way in spreading your product or idea to the masses by using it as its been used for centuries, catching attention, communicating with the crowds on a subconscious level or spreading an idea or logo design. We are able and willing to cater for all and any, and we strongly believe in the effectiveness of using this method, because unlike other ways of catching attention, flags are intended to be hoisted higher for all to see, while not targeting any specific individual, but any or everyone that happens to look upon it, making it a perfect advertising mechanism, not needing any hard work in maintaining and making it your own, through making it unique.

Promotional Flags  There are 14 products.

Good afternoon Jaco, I have not been this impressed by service of a company like yours in a LONG ti ...
22-05-2019
Review By Bernice Muller,

Dear Nikki Thank , thank you so much, the pen was stunning and well received by members of our cong ...
16-05-2019
Review By Ryan Garner-Savory,

I would like to commend Jaco Breedt on the OUTSTANDING service provided with a short notice order to ...
14-02-2019
Review By Justin Hughes,

I dealt with Nikki to purchase shorts and have them embroidered for an upcoming waterpolo tournament ...
12-02-2019
See all Reviews